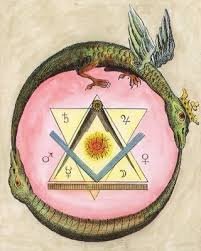 What has prompted me to create this blog site?

This blog site is a response to something much bigger than a single straw which broke this (my) camel’s back. There have been a whole series of “straws”, and, in future blogs, I will go into all of them. But, let’s start at the most recent of my experiences.

Like many men in their late 50s early 60s, I had a PSA test done to determine the state of health of my prostate. It turned out that my number was over 5.0. Something like 5.5. So, my urologist, a graduate of a medical school in Philadelphia, coincidentally, a medical school I had attended for two years, wanted to put me through a full examination, including something like a dozen needle pricks into my prostate to determine if there were cancer cells inside.

As I walked into the building to get to her medical office, I got this ominous feeling . I walked right past the cancer clinic and I felt this strong reverberation within me. Had I been thinking, I might have guessed that that reverberation was a synchronicity about some possibility of my own cancer.

My urologist gave me the very concerning “bad news”, as it were. News that meant I could have cancer. Got the explanation regarding the whole numbering system of the PSA. Urologists become concerned as soon as a man’s PSA goes past 4.0. She examined me. I had no tumors and my prostate was only slightly enlarged. Nevertheless, in an attempt to insure that I had no cancer, she wanted to puncture my prostate a dozen times to check the fluid itself for cancer. All I knew was that I wanted to find a way to avoid that examination.

Well, I left her office somewhat perplexed and even annoyed. I also had the distinct sense that I would never see her again. I wasn’t sure about that feeling and didn’t know if I would not see her because I might just run away from her and the bad news. Not the way I operate, by the way. But, then, I chose to do my homework.

I went online to consult with various online publications (esp., LEF.org) and, finally, in the end, with a Naturopath I knew in Oregon. Turns out I was right about not seeing her again. How so? Because I got the right advice and followed it.

My Naturopath told me that virtually all men over 60 years of age would have some cancer cells in their prostate. Without tumors, though, there would not be an immediate threat from those cells. He also pointed out that puncturing the prostate a dozen times would give those cells the chance to escape from the encapsulation of the prostate and invade the rest of the body. And, furthermore, why turn to radiation and its negative side effects when there was, at that point, little danger of cancer? He pointed out that I also had no history of prostate cancer in my family line.

We were both pretty sure I could get that number down below 4.0, which was the number she cited as the point below which urologists tend not to be too concerned about your prostate.

Next we discussed the supplements that I had read could be useful in lowering my PSA. I will write about all of them in a blog dedicated to that. Suffice it to say that many of them, for example, mastic gum, actually combat DHT, the oxidized form of testosterone, which is believed, not just to cause baldness, but to cause the inflammation which creates the tendency toward prostate cancer.

My supplement program created several effects in me I had not anticipated, all of them positive. First of all, my urine flow increased, a signal that my prostate size had diminished. My libido went up and the number of hairs growing on my arm either increased or grew longer and that was something I couldn’t explain. My Naturopath pointed out that my supplements decreased DHT, which meant I had more actual testosterone,  and that that would be a logical outcome, along with the increase in libido.

When I took my next PSA test, my PSA was 3.9. My urologist saluted me with a nice message but never asked me what it was exactly that I had taken. This bothered me. How could you not be interested in knowing what I had taken to reduce my PSA?

While I was happy with that outcome, using supplements was somewhat expensive. I had cut back on some supplements and in the next few tests my number was above 4, about 4.2 or so. There was this drug that was talked about at the Life Extension Foundation website. Could this supplement lower my PSA much more and be less expensive? It turns out that the president of LEF had had what was for him an alarming situation: his own PSA had gone up past 1.5. He was intent on keeping below 1.5. He also talked about a PSA of 2.4, as a point after which your probability of getting cancer greatly increased.

Well, what was this drug that he took that was so good at reducing his PSA?

Turns out that the drug was called finasteride, otherwise known as Propecia. And what is this drug, finasteride? Well, it’s a drug that prevents baldness. How so? By reducing the oxidation of testosterone into its DHT form and thereby limiting the negative effect on the hair follicle, preventing baldness, and then reducing your PSA, that is your level of inflammation in your prostate, as well.

So, when I couldn’t get a response from an email I had sent to my urologist requesting a prescription for finasteride, I wrote her a letter and delivered it by hand to her office. I still did not hear from her and then decided to go to a clinic called Man Alive in Vancouver, Washington. They put me on the low dose finasteride. You want to start off like that to see if you have any negative reactions to it. I didn’t. So, after several weeks I got a new prescription with 5 mg of finasteride.

The good news is that when I took my PSA test again my PSA had been reduced to 2.37. Remarkably enough, this is below the 2.4 after which your incidence of cancer rises measurably. I would like to get to the level that the president of LEF.org has (less than 1.5 last time I read).

Now, when I say that this blog, this website, is a product of an experience of something bigger than a straw breaking my camel’s back, I mean this was the last incident in a series of incidents which have caused me to really question the actual objectivity of the scientific community and especially the medical community.

We see all this in regard to the wars over what drugs are the good drugs to prevent and treat coronavirus infections. I will tell you that this is the way it has always been, by the way. My “acquaintance” with this began in the early ’70s when I was a late teen med student at Jefferson Med in Philadelphia. The MDs lost their individual and collective minds over Linus Pauling reexamining the data concerning Vitamin C and the common cold from the Cold Clinic of England. Pauling demonstrated that the data had been misinterpreted. His recalculation, verified years later by a friend of mine with a Masters in Toxicology from UC Berkeley, demonstrated that Vitamin C worked, diminishing the symptoms and frequency of colds.

That will all be the subject of another blog.

I also had an experience with a minor problem regarding a methicillin-resistant Staphylococcus infection I had under my arms. Same thing. I received apparent good, but for me, incomplete treatment and I will get into that in a specific blog.

Finally, this blogsite will cover all manner of topics related to science and public policy. For that, I will have to go into the history of science, its betrayal, at times, by some of its greatest minds.

So, welcome to my site. I hope you’ll enjoy reading these blogs and I look forward to your comments.

Janus “Bi-Facciale”, as the Italians call him. Gatekeeper. Looks out from and into the courtyard. He is, in fact, the “janitor”. Born on the East Coast, but lived on the West Coast for a decade before living in Italy for a decade. Science, psychology and extreme history buff. Presently, in the Northwest. “Fourth Way”, Jung, primal therapy. Eclectic. Very, very eclectic. “What’s it all about, Alfie?” contrarywarriorhealthblog@gmail.com View more posts

4 thoughts on “Welcome to the Contrary Warrior Health Blog”